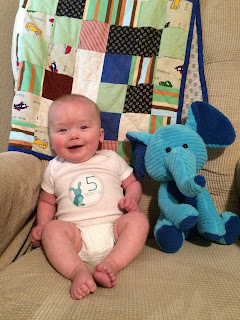 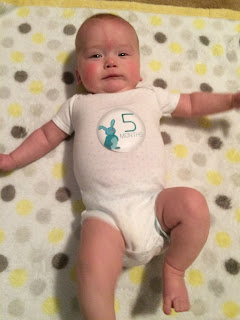 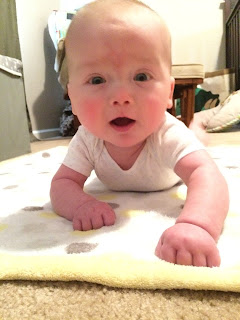 Sleep: I always put him down wide awake and he generally does great at going to sleep with minimal, if any, fussing. Naps are pretty great. Night, however, is another story. He's generally down from 7pm-12am, with the DF. But, starting around 12am, he wakes several times needing me to go re-paci him or pat and shush him. I only feed him once, around 2am. Then, starting around 4:45am til DWT is a constant battle of re-paci's. It's exhausting and frustrating. I'm hoping now that I'm really working on the day time schedule and we're going to introduce solids, he'll cut that on his own. But, something tells me I'm going to need to do some very intentional and not so fun sleep training. Ugh. I'm giving him til 6 months. 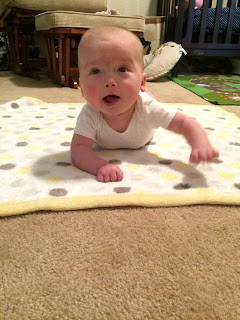 Schedule: Right at about the 5 month mark, we began working pretty hard to get a better and set schedule. It's not easy and it's not fun. It's sacrificing going out and doing things during the day which can make me go a bit stir crazy, but it'll be worth it in the long run... I hope. His current schedule is (ideally):

Nurse/Eating: The same. We're nursing exclusively, with 2 bottles of pumped milk a day-- at about 3pm because my supply just seems to dip then and again at about 10:30pm from the Hubs while I'm asleep. I still stare longingly at the formula every time I'm at the store. I know formula would be easier, but I also know nursing important to me. So, after I stare for a few minutes I walk away empty handed. I don't know if we'll make it a whole year nursing, but I'm trying.

General: Still working through the colic. It's definitely not been easy. He's a high maintenance baby through and through. But, I do think he's getting easier and less fussy everyday. It's a slow process, but I think we're getting through it. 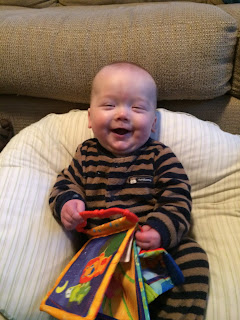 He LOVES to stand on his legs and to kick like crazy when he's laying down. He's got some super strong legs. Maybe a future soccer star!

Likes: Still super into the play mat. He also loves his bouncer thing. 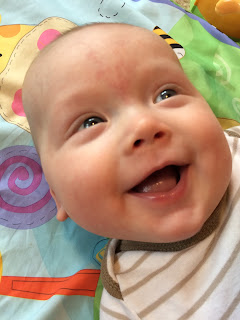 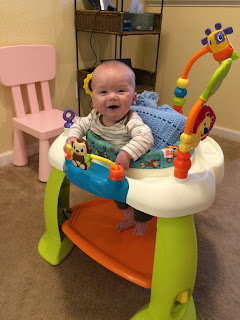 Oh, and me. He's a total and complete mama's boy. 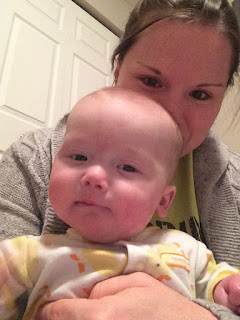 He loves watching his big sister which is just the cutest thing in the world. 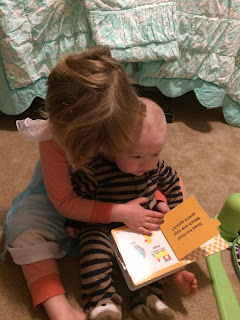 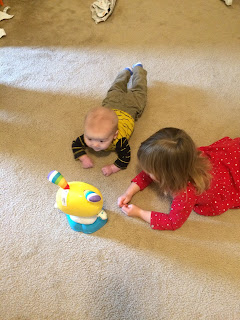 He likes bath time until he gets out and then it's meltdown city. And, being outside. He'll be totally content for his longest stretches as long as he's in the fresh air. 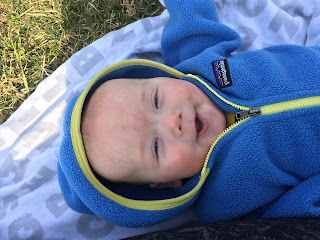 Of course, with this being March in Michigan, the days we can get outside right now are limited, but we make sure to take full advantage of the nice days. 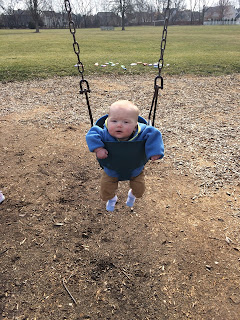 Dislike: Losing his paci, getting into the carseat, and keeping socks on his feet. Kid is always barefoot. 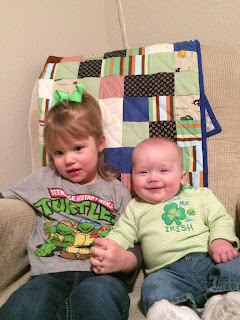 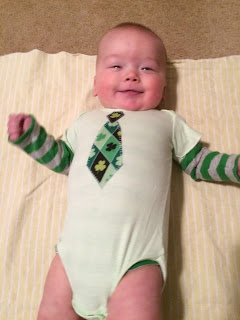 Little man is definitely a handful and keeps me busy. Those checks make me want to do nothing but kiss them all day! He is so very loved.
Posted by Managing Meagan at 2:38 PM