Life lately has been relatively uneventful.

Well, perhaps not totally uneventful. The Hubs and I had a last minute vacation to Universal Studios to check out Harry Potter and to Disney. It's a long story, but the short version is we were all set to go on a cruise to Mexico, but decided the Zika virus was a little to scary for us and bailed on that plan. The night before we were supposed to leave. Yup. It was a hectic 24 hours of replanning and changing plans and calling everyone under the sun, but I'm happy with out decision. We had a great time, even if now whenever I tell people that was our vacation and they ask "Aw! Bet Bailey had a blast!" and I have to reply "Errrr.... she didn't go." It was great to get some time together just us, especially in the happiest place on earth. I won't bombard you with pics, just one. 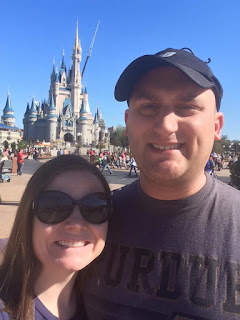 Beyond our Mickey Mouse and Harry Potter fueled vacation, it's been business as usual.

Bailey naps are a thing of the past. 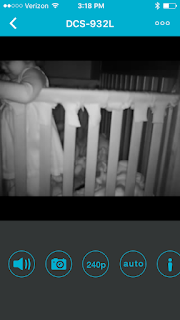 Rascal. Girl is killing me. I'm still hoping it's a phase but I'm not optimistic. 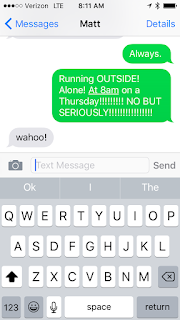 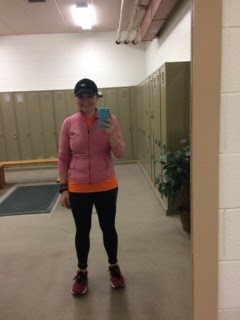 The best news is my gym just started letting me leave B in the child care while I run outside. I am beyond excited! I've only taken advantage of it once so far, but plan to do at least 1 outdoor run, in addition to my long run which is also outside, per week. OUTDOOR RUNNING! WITHOUT A JOGGING STROLLER! Wahooooooo!!!!!!


Other than that, we're just chugging along. Little girl is obsessed with egg hunts and swinging right now. We're loving the slightly warmer weather, even if we are still in hats and gloves most the time we're outside. I'll take it! 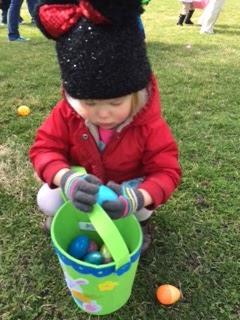 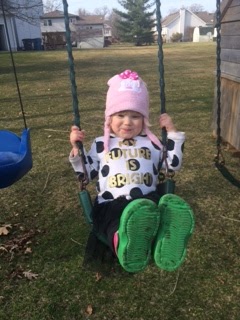 That's that for now.